LG G6, the new LG flagship smartphone, has been unveiled at the company’s launch event at MWC 2017 in Barcelona on Sunday. The LG G6 follows the company’s ‘Less Artificial, More Intelligence’ theme.

Juno Cho, President of Mobile Communications Company, LG Electronics, at the company’s keynote stressed that the smartphone war isn’t about specifications but about usability. The LG G6 highlight is of course the presence of the Google Assistant, the first non-Google Pixel smartphone to sport the virtual assistant.

The LG G6 is the first LG phone launching with the new UX 6.0 while also sports 5.7-inch QHD+ FullVision display with a 18:9 (or 2:1) aspect ratio, which is longer and narrower than the current industry standard of 16:9. It packs a fingerprint scanner at the back.

Being called the Univisium aspect ratio, LG says cinemas, TV, and smartphones will all be moving towards this new 18:9 ratio. The company says that several apps in Google Play as well as content creators like Amazon are working to make content compatible for 18:9 aspect ratio which is being used on the LG G6. LG says the new UX 6.0 has been optimised for the new 18:9 aspect ratio on the LG G6.

The new flagship is touted to be the “first smartphone with supports Dolby Vision.” It also support HDR10 tech. The LG G6 is the first phone to come with Dolby Vision video support, and the Dolby confirmed that there are about 90 movies with Dolby Vision already available. Imangi Studios at the keynote announced Temple Run 2: Lost Jungle that it says has been optimised for the 18:9 aspect ratio, adding LG G6 users will get 650,000 in-game coins, enough to unlock all characters and powerups.

Talking about usability, the company at the LG keynote stressed that the LG G6 body width is 72mm (minimum body width 67mm). The company said that the bottom bezel size which is important for handling the phone is above 7.5mm offering more reliability while using the handset with just one hand, and reducing drop chances. LG also fit a 5.7-inch display in a smartphone with body meant for a 5.2-inch display, further helping grip the large screen smartphone. 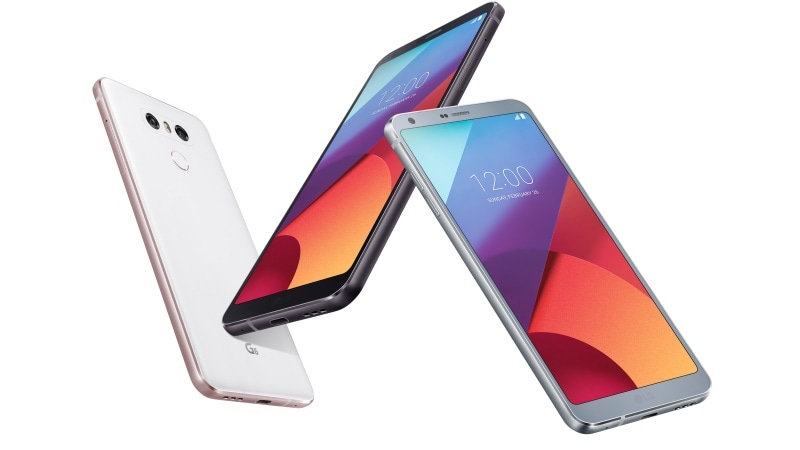 At the keynote, LG confirmed that the LG G6 will come with a G6 Game Collection promotion which will be free for the buyers and will offer in-game content with a retail value of up to a total of $200 for six games including Temple Run 2, Spider-Man Unlimited, Crossy Road, SimCity BuildIt, Cookie Jam and Genies & Gems – on Google Play.

LG revealed that the six games take full advantage of the G6’s FullVision display and single-handed ease of use.

The LG G6 specifications include a Qualcomm Snapdragon 821 SoC with 4GB of LPDDR4 RAM, and a 32-bit Hi-Fi Quad DAC (digital to analogue converter) for enhanced audio playback. Its 5.7-inch FullVision display bears a QHD+ (1440×2880 pixels) resolution with a pixel density of 564ppi. It will be available in two storage options – 32GB and 64GB. The LG G6 will support expandable storage via microSD card (up to 2TB). It comes with a dual rear camera setup with two 13-megapixel sensors – one for wide-angle shots with 125-degree lens and f/2.4 aperture, and the other for regular shots with 71-degree lens and OIS 2.0. At the front, the smartphone sports a 5-megapixel wide-angle lens with f/2.2 aperture and 100-degree lens. At the keynote, LG also showcased its new Square Grid feature for the camera while also confirmed that the front camera comes with autofocus.

The LG G6 battery has a capacity of 3300mAh, and is non-removable, which is a departure from the company’s previous policy of offering a removable battery on its flagship handsets. The battery capacity on the G6 is almost 500mAh more than on the LG G5.

At the keynote, the company stressed that the handset packs extra safety measures including a copper heatpipe to better dissipate heat. It also supports Quick Charge 3.0. LG G6 runs Android 7.0 Nougat with the company’s brand new UX 6.0 and also is the first non-Pixel phone with Google Assistant. It weighs in at 163 grams, and measures 148.9×71.9×7.9mm, impressively compact for a 5.7-inch smartphone. The new LG G6 smartphone comes with an IP68-rating for dust and water resistance.

Unfortunately, LG chose not to detail the LG G6 price and availability at the company’s launch event in Barcelona. We’ll update you as soon as we know more.

The TechVerts is India's Leading Tech Blog which focuses its resources on providing quality and well-researched content about every new Technology emerging in the 21st Century. We Cover Gadgets News, Reviews, Hands-on, Unboxings, Tricks and more.
Contact us: Paras@thetechverts.com
© The | TechVerts - 2019
MORE STORIES